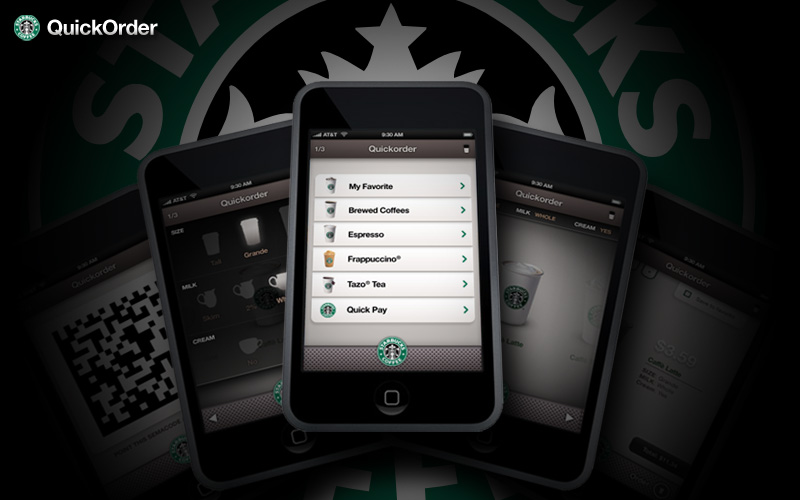 Multimedia designer, Phil Lu, has created some mockups of an iPhone application that he calls “QuickOrder”. The series of images show how oa systrders with iPhone might work at Starbucks. Its pretty cool.

In an application with the U.S. Patent Office filed on Dec. 20, the Cupertino, Calif.-based computer and gadget company described a wireless system that would allow customers to place an order at a store using a wireless device such as a media player, a wireless personal digital assistant or a cellphone.
The system would, for example, allow customers to order a drink with the press of a button on their iPhone which would then notify them when their order was ready. The Forbes article suggests that this may put Apple’s partnership with Starbucks in a new light.

Apple has already integrated iTunes song purchasing closely with Starbucks. iTunes and iPhone users can already purchase playing music at Starbucks with the tap of a button:

Say you’re in line at Starbucks. Just click on your iPhone and order what you want. Then just point barcode/semacode at scanner and voilà: Your order is on way….